Under construction. Feel free to share your suggestions!
EP2 姓名 What's Your Name?

May I ask, what's your surname?

My surname is Wang. You can call me xiao wang. What's your name?

My name is Li Li. How about you?

My name is Wang Ping.

His family name is Zhang.

My family name is not Liu, it's Li.

This is the basic verb for stating one's name. Although you could translate "my name is..." literally into Chinese, it's more common to use this verb. The pattern is:

My name is Zhang Jie.

呢 (ne) is used at the end of non-yes-no question sentences. You can think of as meaning, "and what about...?" even though that might not always be the most appropriate English translation.

The most common pattern you'll see is: Noun +呢 (ne)?

My surname is Wang. How about you?

Part III Story of the Day

During the Song dynasty, there was a high-ranking scholar-official named Sima Guang, known for his masterwork, 'ZizhiTongjian', literally translated as "Comprehensive Mirror in Aid of Governance; considered by many to be a pioneering reference work in Chinese historiography.

The renowned historian had an exciting adventure when he was a little boy.

Yajie: Cam, you can be disorganized sometimes, s… 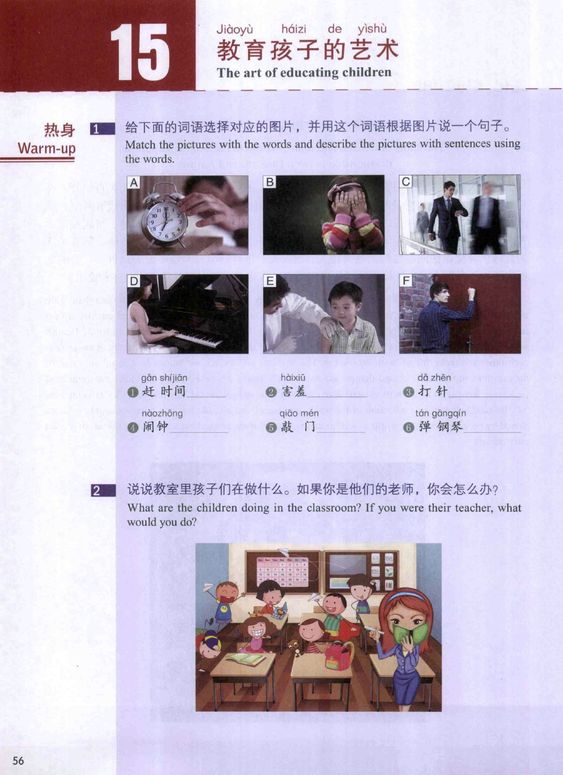 Click here to get a hard copy of this book …